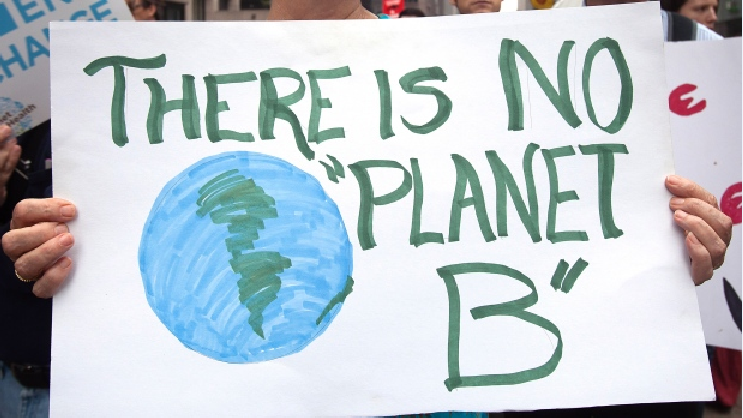 If you haven’t been following the global summit in New York this week, here are ten things that happened at the UN Headquarters on Tuesday that help to form an important way forward for our planet.

It took Morgan Freeman only 63 seconds to scare everyone out of their minds about climate change, and then gently and lovingly give us hope with that comforting mellow voice of his. This video of his opened the proceedings and got everyone in the right frame of mind.

2. This dire warning concerned everyone.

UN Secretary General Ban Ki Moon told us all that we were in big trouble, and that “The human environmental and financial cost of climate change is fast becoming unbearable”. You can see the full ABC twitter here, and the video of the UN Secretary General’s address to the Summit here.

3. A whole bunch of sustainable transport initiatives got everyone excited.

The Urban Electric Mobility Initiative (UEMI) was launched, and aims to increase sales of electric car sales to 30% of total car sales in cities by 2030. Then the Low-Carbon Sustainable Rail Transport Challenge was launched by the International Union of Railways to promote more sustainable freight and bulk transportation. International Civil Aviation and Public Transport Agencies also promised to increase access in cities to their “climate-savvy public transportation solutions”. Read all about these initiatives here.

International financial institutions, investors and governmental actors announced the creation of a $200 billion fund by the end of 2015, to assist developing countries combat climate change.

5. Leonardo DiCaprio and his beard spoke about the facts.

Our favourite Titanic star is now the United Nations’ Messenger for Peace, and he asked us to stop acting like the scientific climate change facts don’t exist.

6. They decided to stop cutting down trees.

The decision was made by governments, businesses and the international community at large, to halve deforestation by 2020, and to end it completely by 2030. Brazil didn’t like it though, because no-one asked them what they thought.

7. Obama told everyone that climate change was more dangerous than terrorism.

Obama’s speech pack a punch right from the get go, with the US President stating“For all the immediate challenges that we gather to address this week – terrorism, instability, inequality, disease – there’s one issue that will define the contours of this century more dramatically than any other, and that is the urgent and growing threat of a changing climate”.

He begged everyone to look at more long term strategies, and that the United States would increase its efforts to assist developing nations, and add a strong ethos of sustainability and climate change mitigation in all its international relations and domestic operations.

8. The attendees decided to make dinner for everyone.

More than 20 governments and 30 non-governmental actors announced their pledge to join the newly-minted Global Alliance for Climate-Smart Agriculture, which will ensure global sustainable agriculture to enable sustenance for the planet’s 60% increase in population by 2050.

9. Julie Bishop made all Australians feel a little guilty about not having a climate change policy.

With the Australian Prime Minister conveniently unable to attend, it was up to Julie Bishop to embarrass us all with an extremely conservative stance on climate change, admitting that we were not going to answer the Secretery General’s call to arms. Being the only government to repeal it’s carbon tax, Bishop was only able to talk about reducing emissions by 5% below 2000 levels by 2020. It is believed Tony Abbot was off in a back room playing cards with India, Canada, Russia, China, UAE and Germany, whose Heads of State were also conspicuously absent.

10. Kathy Jetnil-Kijiner made the UN General Assembly cry with this poem to her baby.

Kathy spoke about the future for her child, and the damage that has already been done to oceania, and the devastation its inhabitants have already seen. See below, the full HD cinematic version of her visionary and inspiring work. It really is something.

Of course there is much more that happened – feel free to head to the UN Climate Change Summit page to find out more. It’s going to be an interesting time ahead in the international community. Sustaining People is looking forward to bringing you the news over the next six years to 2020.