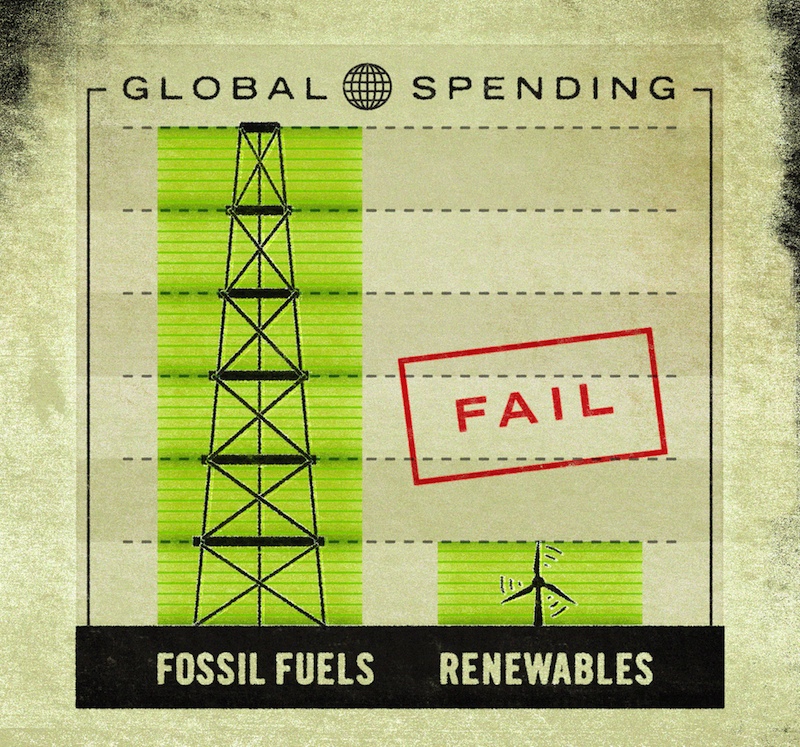 Two weeks ago, the Perth Diocese announced it would divest its fossil fuel investments, and last week its Canberra counterparts did the same. This week the Melbourne Diocese has followed suit, resolving to take “all reasonable steps” to divest its stake in corporations whose revenues from fossil fuel extraction or production exceed 20 per cent of their total revenue.

At their annual 800 person strong General Synod (akin to an AGM), Professor Kate Rigby, Chair of Monash University’s Environmental & Humanities Department spoke about the changes to the energy paradigm in the present day. “While coal might have been cheaper [than renewable energy], this is only because its environmental impacts have not been factored into costing and because coal and other fossil fuel industries receive massive government subsidies.”

According to Environment Victoria, the Australian Federal Government spends approximately $10 billion per year on handouts (subsidies, tax breaks, infrastructure and cash) to the larger fossil fuel polluters. Environment Victoria also notes that these subsidies “significantly reduce the economic signal for companies to identify efficiency opportunities”. Why would they bother looking at other options when its a more viable option to continue as they are? A fantastic article by RenewEconomy calculates that fossil fuel subsidies cost the global economy around $2 trillion annually in government spending and missed opportunities for ROI on new industries and technologies. Whilst many feel that subsidies should be taken from the fossil fuel producers and given to the renewables players to mitigate this cost, there are some that see subsidies as a crutch for the clean energy industry – especially if it is in the form of ongoing funding. Paul Nahi, CEO of solar technology company Enphase Energy in the US, advocates for time-limited funding acting as a catalyst for growth, noting in his Forbes.com article that “the best pathway to a stable renewable energy industry is to create self-sufficiency and independence from government financial assistance”.

This is an idea that holds significant merit in our Australian system. Federal consumer incentives and economies of scale realised by technological innovation would certainly assist the renewables industry, however a leveling of the playing field through subsidy removal would drive growth in demand for renewables, as consumers would be attracted to the comparably cheaper long term energy solutions.

It seems we are a long way from the 2009 commitment by G20 governments to phase out fossil fuel subsidies. Again we look ahead to the forthcoming 2014 G20 Summit in Brisbane, in the hopes that hosting on home soil will give the Abbot Government the push required to for the first time take a lead on this issue.

Australian lobby group Paid to Pollute provides a very straightforward factual picture of the current state of fossil fuel subsidy, and you can read about it here.