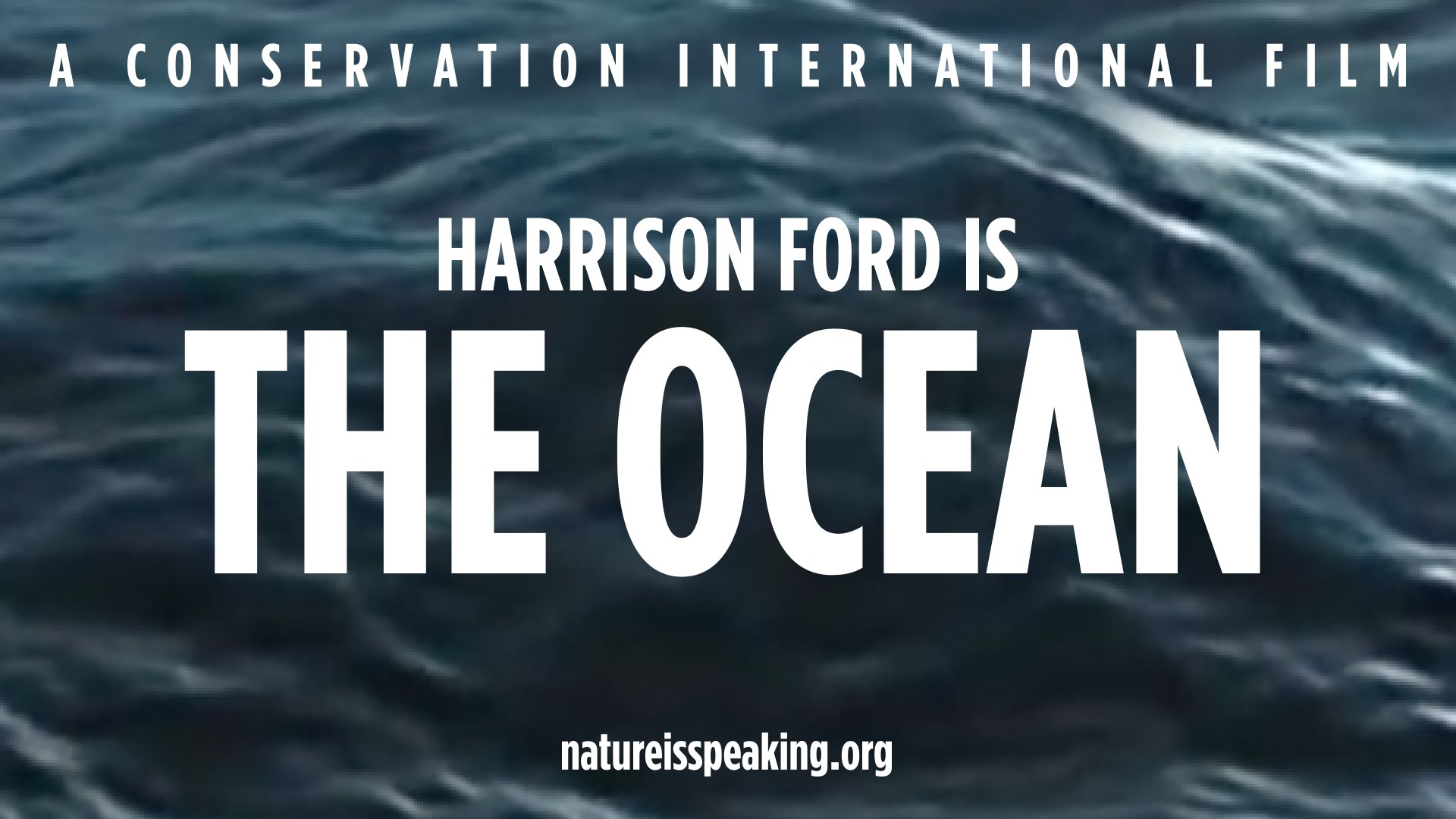 Last week we talked about Leonardo DiCaprio’s short environmental films, and now it seems Harrison Ford is joining the voice-over gang. Whilst no one will ever be able to measure up to David Attenborough, and then Morgan Freeman as reigning monarchs of the soundbyte, Mr Ford does a pretty darn good job of it.

I Am The Ocean, produced by Conservation International for the Nature is Speaking campaign is a short film where Harrison Ford narrates – no – IS the ocean. The dark and somewhat threatening quality of his gravelly chocolate voice suits the tone of this film which speaks of the all consuming power of the oceans and how life on earth depends on it’s very depths to sustain it. A strong environmental message that speaks of preserving our world before we have nothing left to pass on to the next generation.

The Ocean – sorry, I mean Mr Ford – leaves us with “nature doesn’t need people, people need nature”. Thought provoking stuff. With this, the second film from Nature is Speaking, Ford joins a host of other celebrity narrators speaking for our planet:

Kevin Spacey IS The Rainforest

Edward Norton IS The Soil

Robert Redford IS The Redwood

Harrison Ford has been involved with Conservation International for around 20 years and it was his connections that helped get a lot of these other stars on board. Keep an eye on Nature is Speaking though, there are more films yet to be released.

So why does this matter? A superstar lends his support to a two minute video – so what? It is becoming increasingly more common for some of our biggest stars to become outspoken about human rights, to be chosen by our global society as ambassadors for the people. Sean Penn, Angelina Jolie, Emma Watson – they are role models, our idols and our heroes; although it may be a crude way of looking at it, if these stars can put bums on seats in a movie theatre and pack out a stadium, then they can make social justice and sustainability resonate in our hearts and minds, where politicians don’t have the pull. And they are doing just that.

Those who have been fighting all along may be irksome that famous people who have recently “woken up” to these portentous issues are suddenly getting more traction, but at least they are creating awareness where there was none. They are starting conversations in our primary and high schools, enabling greater discourse on global issues than ever before. They are igniting the embers of opinion and passion for those young people who have limited visibility of the world outside their teenage milieu: high school, teen romance, pop culture and social media (if you’ll excuse the stereotypes – kids these days!). Talking to them on their level is the way to get through and instil a sense of global compassion and need for action.

It may just be a video, but get it out into the world and add a little star power and it makes these issues important and commonplace for our younger generations; it will be they who lead us into a sustainable future.