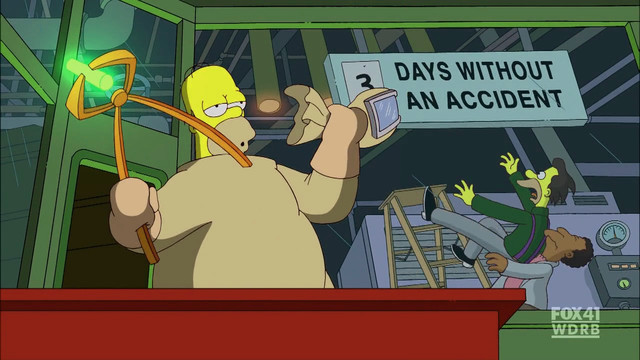 Perhaps it is the state of the Australian energy industry, or pressure from other international actors, but something has made Foreign Affairs Minister Bishop dust off the old “nuclear Australia” debate and thrust it back into play.

Ms Bishop flies to Peru next week to attend the annual UN Climate Change Conference (not to be confused with the recent Climate Change Summit in New York), and it seems she wants to have some new possible talking points on the table; discussions of Australia taking up nuclear energy would certainly make the headlines. With government around the world pledging money and policy changes to fight global warming, Bishop is most certainly facing pressure from her international counterparts to get Australia’s climate response and strategy back on track.

Essentially the Foreign Minister’s stance, is that nuclear energy still remains an ‘option’ in the discussion on Australia’s future energy needs. Given the abundance of uranium in our lands, it has the potential to be a long term viable source of zero-emission energy. Granted there are many issues with the idea. The tradgedy of the 2011 Fukushima meltdown is all too recent; this means it is unlikely that calmer heads would prevail on topics like waste management, health and safety. Not to mention the legitimate concern over nuclear arms proliferation that would give the current nuclear powers of this world a restless night.

In 2006, the Australian government commissioned a review of the viability of nuclear power, overseen by Bishop in her (then) role as Science Minister. Bishop states that the debate around the issue was never truly afforded the proper respect and that it “descended into name calling…that kind of puerile debate. So it didn’t even get off the ground”. It is noteworthy that the review was headed up by nuclear physicist and (nuclear power) businessman Dr Ziggy Switkowski, who advocated for the use of the power source as a “practical option for part of Australia’s electricity production”. Perhaps another review is needed, one produced independently by a team of scientists who aren’t as personally invested in the proliferation of nuclear energy, as Dr Switkowski seemed to be. Nuclear power in Australia does have some logical benefits when you get past the social and environmental issues. It is a zero-carbon emission technology, and given Australia’s geological stability, the likelihood of meltdowns or destabilisation of plants is negligible. Ahead of the Paris Climate Summit in 2015, perhaps showing up with plans to go nuclear could sit well with some nations – especially France, as a large proportion of their power has for many years, been derived from nuclear power. Whilst it is clean, the 10 – 15 years it would take to enrich uranium and build the plants would see a significant burden attributed to taxpayers. Additionally this time period could potentially see renewable  energy technologies like wind and solar power to improve in leaps and bounds; by this time nuclear power may no longer be the best and most cost effective power source. It a race against the clock, and one that nuclear power might lose.

So Julie Bishop has started the debate again but she has not really said which side of the nuclear fence she sits on; stating that it is a ‘viable option’ means she is opening up the conversation, to potentially move away from coal. Environment Minister Greg Hunt said over the weekend that although nuclear power was not Coalition policy, he was supportive of a debate but any shift would require bipartisan support.

So the debate will begin again in earnest and renewable, coal and antinuclear advocates are sure to jump into the discussion. It will probably degrade into the ‘name calling’ that Bishop so detests and with Labour and Liberal parties at each other’s throats, and the PUP slowly falling apart, it will be interesting to see what comes of this debate and whether it will shed light on the way forward for Australia’s energy concerns.