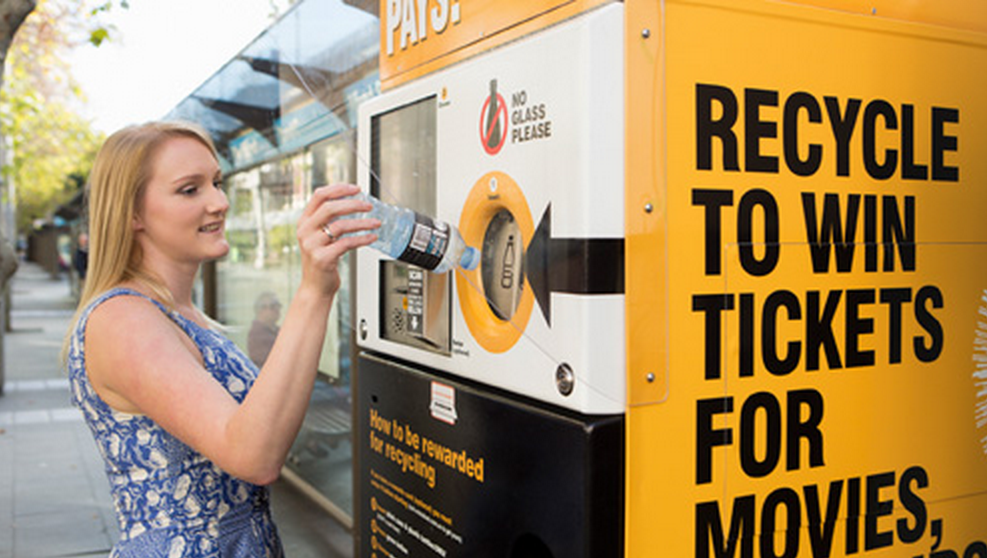 The City of Sydney has just announced that it is trialing a new recycling campaign with the help of two new Envirobank Machines that act as reverse vending machines – put in your empty plastic bottle or can, and you will be rewarded with tickets or vouchers.

The City of Sydney website says that you can win movie passes and Harbour Bridge Climb tickets, as well as food vouchers and admission to Sydney’s outdoor pools. It also gives recyclers the opportunity to donate their reward to Clean Up Australia or OzHarvest – a an additional social benefit to augment the effects of the already awesome recycling initiative. The City’s move towards a more immediate incentive scheme is due to the alarming statistics that have come from the most recent Clean Up Australia Day findings; ‘15,000 bottles and cans are dumped on Australian landfill every minute’. Furthermore, beverage containers (plastic bottles, cans and juiceboxes) are the most common item littering our country, outstripping the cigarette butt – although it’s good to see a decline in cigarette butts lying around.

The system has worked well in South Australia, where such incentive initiatives have increased the state recycling rates to double that of the rest of Australia. The City of Sydney stated that the Cash for Containers scheme will clean up the local precincts, and increase recycling rates to 80-95%. That’s a big projection, but if it is based on the South Australian Case study, it’s a realistic figure to work to, and if it goes well, Sydney could soon become a zero waste city! Other cities will be watching closely, as it could be a profitable and low cost way to keep the streets clean – it if works these machines could be rolling out to a street near you.

Look out for the big black white and yellow machines on Alfred Street, Circular Quay and in Dixon Street mall, Haymarket.