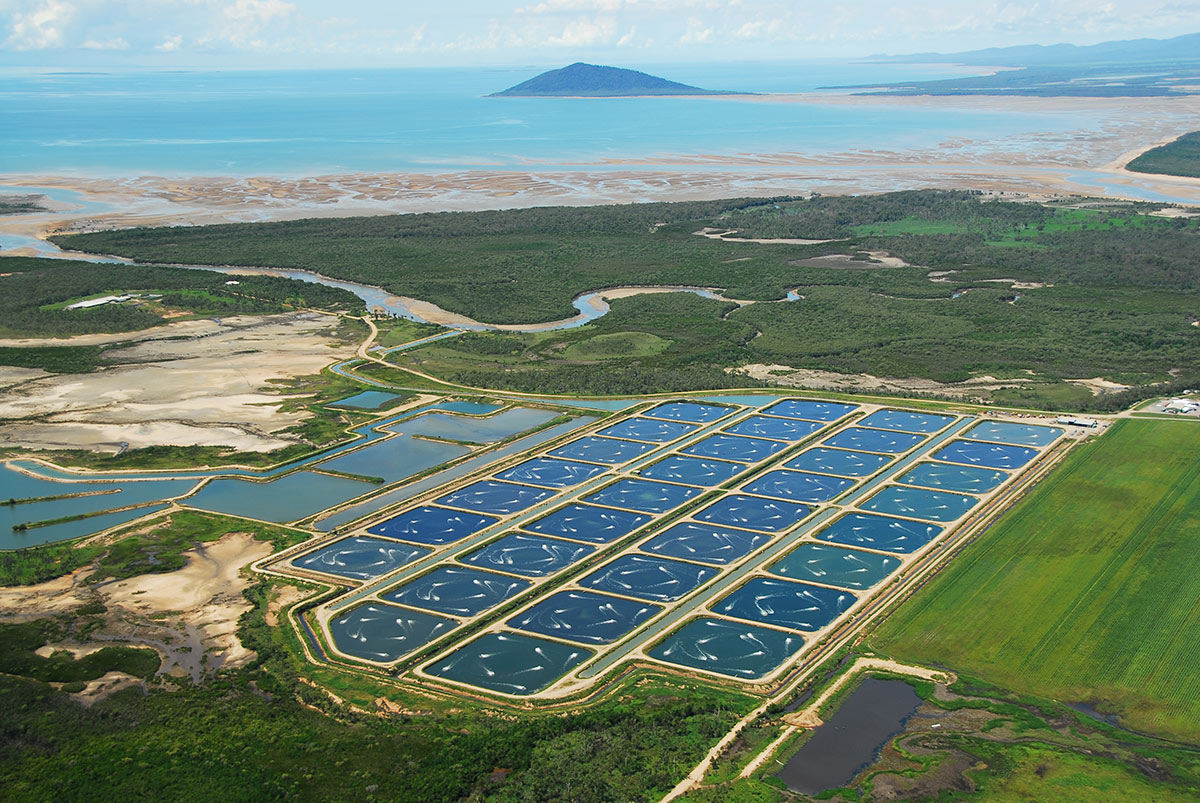 How cool is this! An Australian company is about to embark on one of the biggest sustainable aquaculture projects in the world, right here in our very own backyard. It’s called Project Sea Dragon, to be built by Seafarms Group and will be a large scale land-based enterprise farming black tiger prawns. Once operational, it will produce 100,000 tonnes of black tiger prawns for the global market; in particular, the Chinese market will be leaning heavily on Australian seafood and agricultural produce, as its population grows, and interest in our high quality goods increases.

One of the more concerning problems affecting the global seafood industry is that of overfishing: essentially exploiting fish stocks to unacceptably low levels, which will cut off our long term access to a necessary food source that millions depend on for social, economic and nutritional reasons. Not to mention the huge impact species’ extinction will have on marine ecosystems – if the fish are gone what will our seabirds eat? Furthermore, if fish stocks collapse due to overfishing, so do employment rates and local fisheries industries. An example of this is noted here, detailing the sudden collapse of the Newfoundland cod fishing industry in Canada over 20 years ago:

In 1992 the once thriving cod fishing industry came to a sudden and full stop when at the start of the fishing season no cod appeared. Overfishing allowed by decades of fisheries mismanagement was the main cause for this disaster that resulted in almost 40.000 people losing their livelihood and an ecosystem in complete state of decay. Now, fifteen years after the collapse, many fishermen are still waiting for the cod to return and communities still haven’t recovered from the sudden removal of the regions single most important economical driver. The only people thriving in this region are the ones fishing for crab, a species once considered a nuisance by the Newfoundland fishermen.

This is why we are talking about aquaculture. It is making use of this valuable food resource, but without endangering our global ecosystem. By the time we reach 2050, a major concern will be how to feed the nine billion people covering the planet. As oceans cover 71% of our planet (accounting for 97% of Earth’s water), it only makes sense that we take advantage of this resource in a way that can be sustained long term.

Aquaculture is sustainable in that it creates jobs, it has a reduced carbon footprint, and provides a very cost effective way of providing much needed animal proteins to the masses. Although these projects need significant financial outlay to get up and running, the ROI and profit margins are extremely palatable.

Take Project Sea Dragon for instance – it will cost a lot, but it sure will be worth the money put in:

Project Sea Dragon is focused on aquaculture production in the north of Australia. It has already acquired Marine Farms, turning the former Exmouth barramundi farm into a prawn hatchery. Seafarms will then use the hatchery to provide juvenile black tiger prawns to its farming enclosures to be built over 100,000 hectares at the very top end of Australia. The tropical climate in the Kimberley or Northern Territory will ensure strong growth and development of the prawns, but it will also ensure the creation of around 1000 jobs to the region. The project team is also currently collaborating with state and federal Fisheries Departments, the CSIRO, and various marine science professionals and bodies to ensure that the project maximises its output and technological advancements.

All of this spells further competitive advantage to Australian industry, whilst increasing our own biodiversity, biosecurity, and increased terms of trade. Other forms of offshore aquaculture are already successfully running; given the state’s penchant for new industrial innovation (like renewable energy), it is no wonder that Tasmania’s aquaculture industry is live and well – for such a small economy it manages to pump out over 40,000 tonnes of fresh salmon annually from offshore salmon farms.

Project Sea Dragon is a fantastic business opportunity that is shoring up investors and reviewing land holdings, and it won’t be the only such project looking for expansion in the next five years: The Food & Agriculture Organisation of the United Nations has estimated that aquaculture production will grow by 60% (30 million tonnes) in the 10 years to 2020. This industry is one of global importance and Australia has the potential to become a world leader in sustainable offshore aquaculture – after all, our home is gurt by sea.

Imagine the potential for our economy, and how much the industry will grow in the thirty years from 2020 to 2050, when our population has increased by two billion people. The possibilities to shape the food security of our world are endless – and they are inspiring.