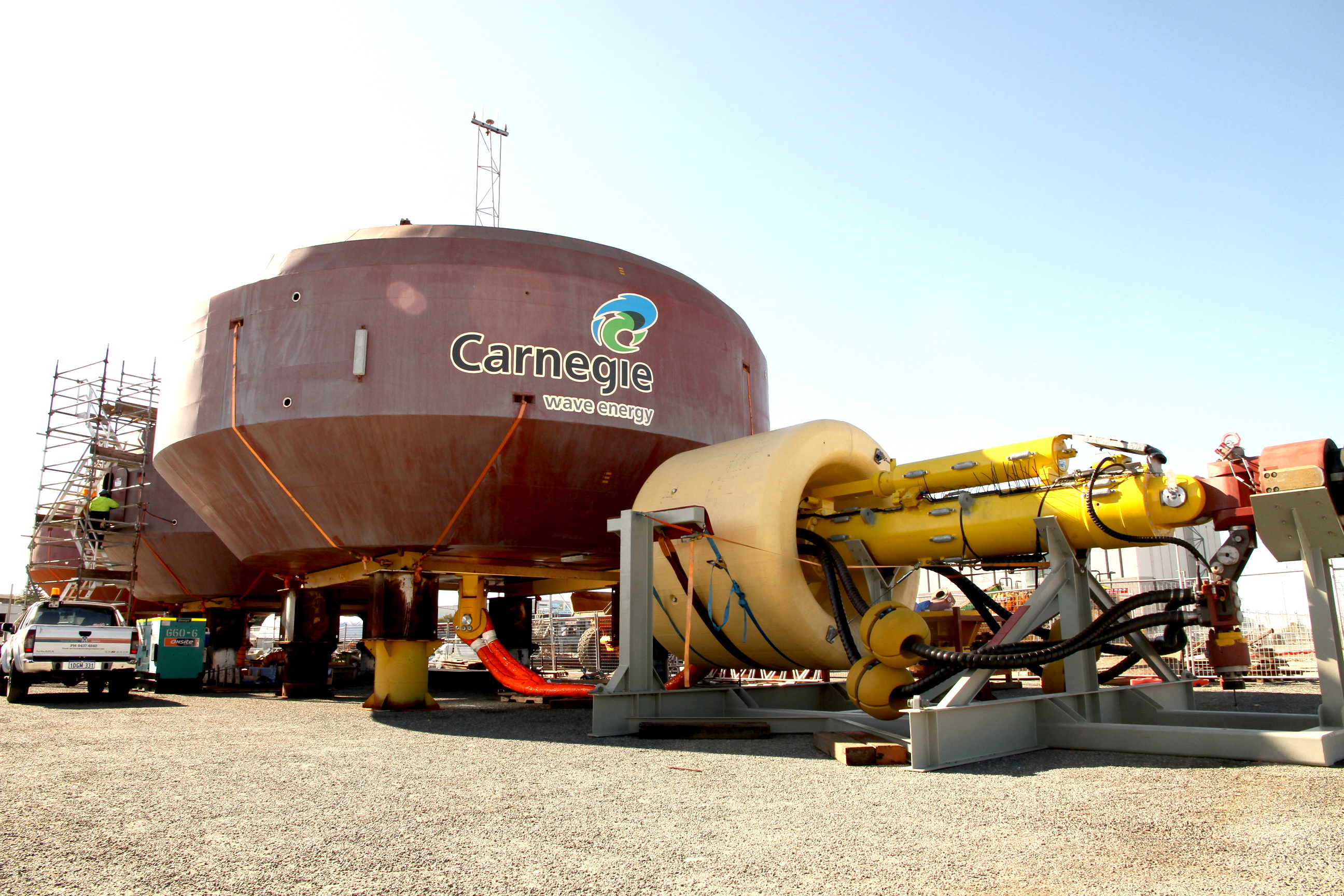 2 days ago the world’s first wave energy project was switched on and has successfully begun distributing electricity to the grid.

The first of it’s kind internationally, the Carnegie Wave Energy project harnesses the predictable and regular movements of daily tides and currents of the Indian Ocean to generate electricity for industrial and domestic use. The $100 million project uses the vertical movement of floating buoys to drive pumps, creating hydraulic pressure which is then delivered to an onshore plant for conversion to electricity. The buoys are located near Garden Island, just off the coast of Western Australia.

This renewable energy system will be used to provide electricity to power Australia’s largest Naval Base The HMAS Stirling, located on Garden Island. The sustainable resource will also be used to power a small desalination plant on the island, which will contribute about a third of the base’s fresh water supply. This project tests the benefits of renewable wave energy for general electricity generation, but according to Carnegie Energy it will also demonstrate that “wave energy driven seawater desalination has the potential to significantly and sustainably reduce the amount of electricity consumed, and hence the associated greenhouse gas emissions produced, by seawater desalination“. 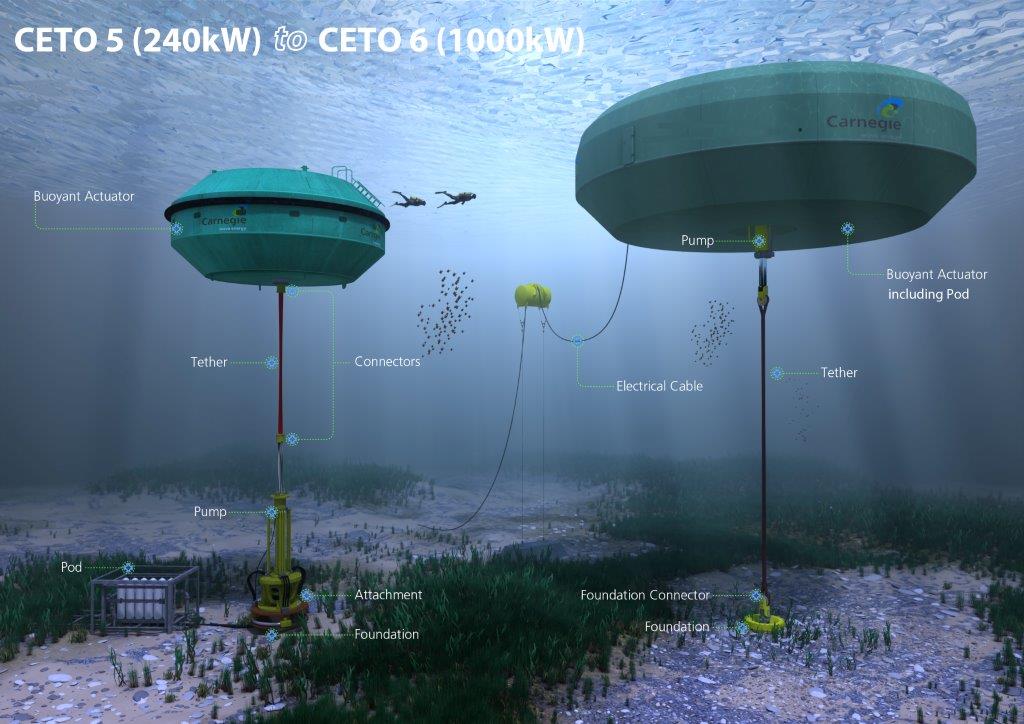 The Perth project has two operating units (buoys) currently online, and will shortly be adding a third to the pool, resulting in a three megawatt energy source – enough to meet the energy demand of between 1,500 to 2,000 average homes. Nearly $10 million of Government funding has been provided by the Australian Renewable Energy Agency (ARENA), and Carnegie is now looking for their next round of funding to enable them to produce the next phase of scalable wave energy.

“We’ve specifically designed the technology to be scalable and one of the main aims of this project was to show you could plug multiple wave units together and have them operating in sync” commented CEO Michael Ottavio, “Across the country, [our wave resource] is the best in the world as well, and the resource there could power the country twice over, so the opportunity is huge and Australia should be a world leader in this particular technology because we’ve got the best resource”.

We’re excited about Carnegie’s success because, as Ottavio says, it has put Australia at the forefront of renewable technology. We has a real chance to lead the global industry in research and development, which in turn will create stronger and more viable investment opportunities, and ultimately increased job creation and sustainable market growth for our economy.