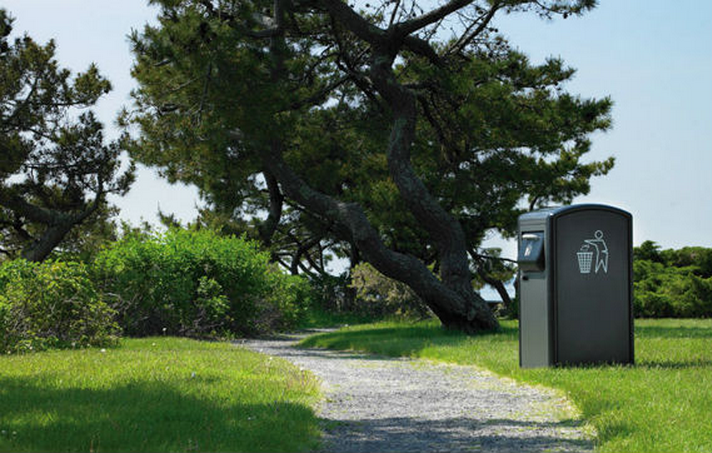 Solar Bins Australia‘s bins are solar-powered, wireless and tell you when they need to be emptied. You might be thinking that a solar powered bin is as necessary as a submarine with a flyscreen door, or a waterproof teabag, but there’s more to it than just a bin. These bins are the brainchildren of BigBelly Solar, which operates over 30,000 waste compacting units in 47 countries across North America, Europe, Asia and Australia. 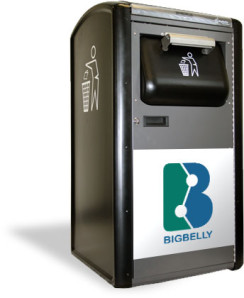 Solar Bins look like fairly normal waste receptacles, however they house a very small BigBelly Solar Waste Compactor™, which compacts a full bin down to 20% of its original volume. As Solar Bins are able to hold five times the amount of rubbish as a normal bin, they don’t need to be serviced as often, saving time and resources. What’s more, the bins are wirelessly networked, enabling ‘…waste management teams [to] maximise their productivity by knowing exactly where and when they need to empty the bins in their network…’. 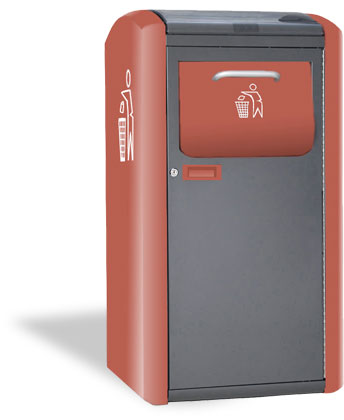 it can also be a pretty red colour too.

Since 2012 these small scale bins have been popping up all over the country – from Esperance in Western Australia, to Wet ‘n’ Wild Water Park in Sydney. A growing client base and recent exposure in TIME magazine mean Solar Bins Australia are becoming a real player in Australia’s waste management sector. 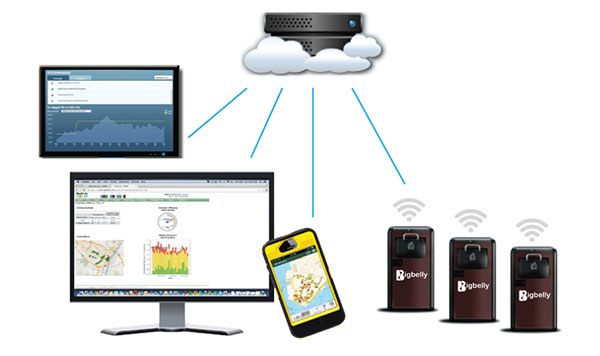 Smart bins are connected to your computers and you phones via cloud technology.

Smart-bins like this aren’t a bad idea – they don’t overflow, they are more secure, deter and prevent pest interference, and they are customisable: from a multi-stream waste intake, to recycling and even compost. They can also be monitored real-time via the Solar Bins app, available for Android and iPhone.

Technology like this can definitely contribute to the development and improvement of waste management systems in Australia and around the world. Sanitation services are integral to sustainable infrastructure development, which will go a long way to provide the foundations for the communities, towns and cities of the future. Take a look at this video about the bins, and you will get a real picture into how our current waste management processes need a real overhaul.

The solar-powered bin is certainly something that challenges our notion of useful gadgets. It’s not the first thing that springs to mind when you think of green tech, but then again innovation and pushing boundaries is what sustainable technology is all about. Who knows, maybe a solar-powered torch will be the next big thing!