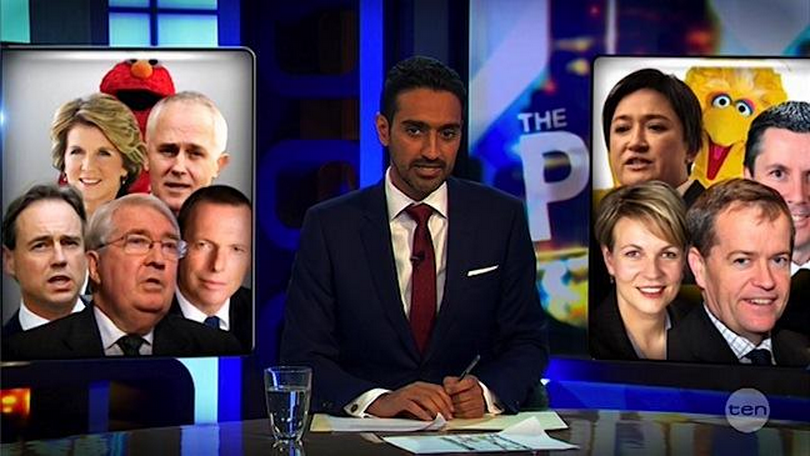 Last night Channel Ten’s The Project host Waleed Aly blew up the internet by presenting a scathing and satirical review on Australia’s stance on the Renewable Energy Target.

The four minute segment denounced the Federal Government’s lax attitudes towards climate change and championed the drastic need for renewable energy, all whilst managing to make fun of Justin Bieber and comparing the Abbott government to a bunch of muppets. Whilst providing a straight forward, humorous explanation of current RET negotiations Aly managed to get to the real heart of the problem: that even though we complain, deep down we are an indifferent and apathetic national audience.

Aly raises a valid point. We care enough to talk about it at a government level, and in schools, but there is no urgency, nothing telling us deep in our gut, that there is a real need for change.  Our contemporary Australian culture has never been faced with the desperation felt by those in war torn nations, experienced repression to the extent of women in Middle Eastern nations, or the genocide experienced throughout Africa. Thus we have not the deep need to rise up and challenge our leadership to actually effect real change. Power of the people? Unlikely. The furtherest Australian society has gone in recent years is to peacefully protest closing of remote communities around the country, but even this has not pushed the majority of Australians beyond their comfort zones. Our marches on Parliament are slow and steady, they comply with road rules and local laws; permits are signed and everyone is calm and reasonable. Modern Australians are an apathetic breed, and Aly hits the nail on the head with his final comments:

‘…It’s the generations to come that will look back and see this for what it is: A wilful disregard for the future of this nation, by the people we’ve elected to lead us…’

The climate change issue has been cause for growing concern over the last 12 months, but since the The Project broadcast this segment 12 hours ago, the twittersphere has been going mad over the idea that our own disinterest is to blame. The general populous is, to an extent, identifying with the existential criticism of our cultural status quo that we are not able to care enough to make a difference.

Unfortunately, social media follows, and media releases like this one will not make the difference – we need to experience the drive and the passion. We need to face this problem in the same way a child stands up to a bully; as the young man who comes out to his narrow-minded parents; and like our fallen ANZAC heroes faced the slaughter of their brothers all those years ago – with courage, with strength, and an unwavering focus. The passion and desperation to fight for what we believe in are critical to our success, but we don’t have it yet. How can we stand up? What will make us stand up and say ‘enough is enough’?