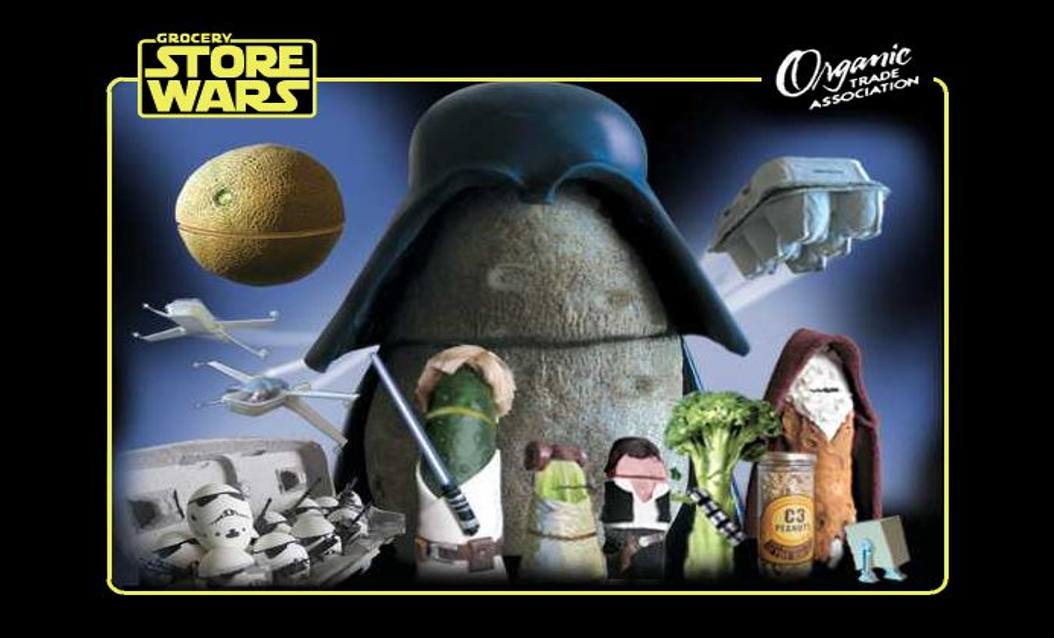 Like Star Wars? And organic produce? Well you’re going to love this vid we dug out of the archives.  It’s an oldie (from 2005) but a goodie, and we think is the perfect way to start the week. So without further ado, here is GROCERY STORE WARS: THE ORGANIC REBELLION.

Oh, and for good measure, here are the two trailers for the new Star Wars: The Force Awakens film, to be released in December 2015. Because Star Wars. Yeeeeeeeeeaaaaaaahh STAR WARS.