Tesla has just announced the future of energy storage – stationary battery modules to power homes and industry with clean energy. CEO Elon Musk revealed only moments ago in California, the advent of Tesla Energy – a suite of batteries for homes, business and utilities.

Two storage systems, named PowerWall and PowerPack will be produced by Tesla Energy and will be able to transition the world to sustainable solar energy. Elon Musk stunned the press conference into a standing ovation when he announced that the entire event had been entirely powered by these devices, and stored solar power. That’s right they really work!

So here are the details. The PowerWall is a wall mounted system for the home, that works out of the box with existing solar roof panels, at an unbelievably low cost of $3500. Yes that’s right. $3500. This is unbelievable news in that cost has been a huge concern for previous storage options.

The units will be stackable and can be installed indoors or outdoors so can be taken anywhere. You can order them immediately from the Tesla PowerWall Website, and shipping will begin in just a few months. Initial production of PowerWalls will begin in Tesla’s existing facilities, but next year will ramp up significantly as they move to their #5 billion Tesla Gigafactory currently under construction in the Nevada desert.

The Powerwall will also work with wind energy (as with solar panels), allowing stored clean energy to supplement disrupted charge when the sun isn’t shining or the wind isn’t blowing. This has, traditionally been the problem with renewables; resource inefficiency and production fluctuations have prevented industrial scalability. 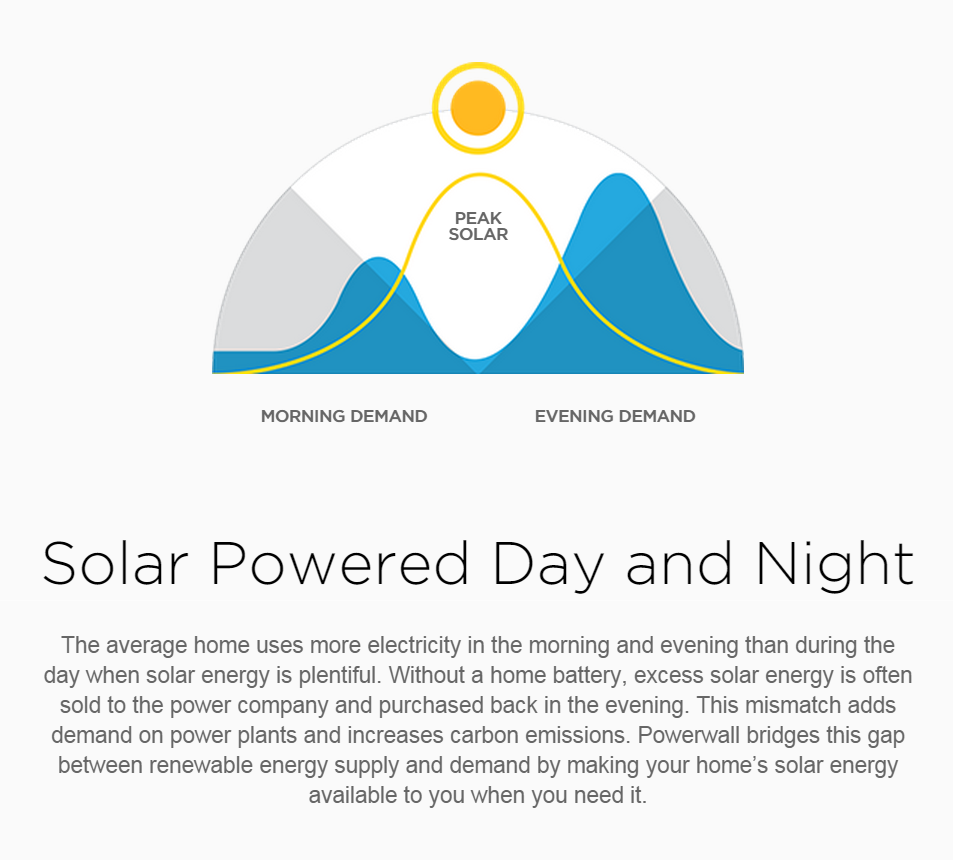 The second big announcement is the PowerPack; an infinitely scalable gigawatt capable industrial version of the Powerwall.

According to Musk during the announcement, 160 million PowerPacks would be needed to power the United States, 900 million could transition global electricity generation to renewable energy and two billion PowerPacks could theoretically power the world – including transport, homes and industry. Musk closed this vision with the thought, “It’s in the power of humanity to do. We have done things like this before. It’s not impossible”.

PowerPacks look to have huge commercial potential. Both Google and Apple have already installed similar systems on their respective campuses, and FMCG giant Walmart and agricultural conglomerate Cargills are already in talks with Tesla to take on similar backup options.

Tesla PowerWall ready to install and use right now!

Tesla’s competitive advantage over other (supposed) energy storage producers like GE, Samsung, LG and AES Corp will come from their ability to manufacture on an industrial scale and the financial benefits of Gigafactory production – combined, these factors will certainly open doors.

A report by Navigant Research in January this year suggests that by 2024 the grid-scale energy storage industry will be worth more than $68 billion. Tesla is thinking big, and it looks like both the PowerWall and the PowerPack will pay off.