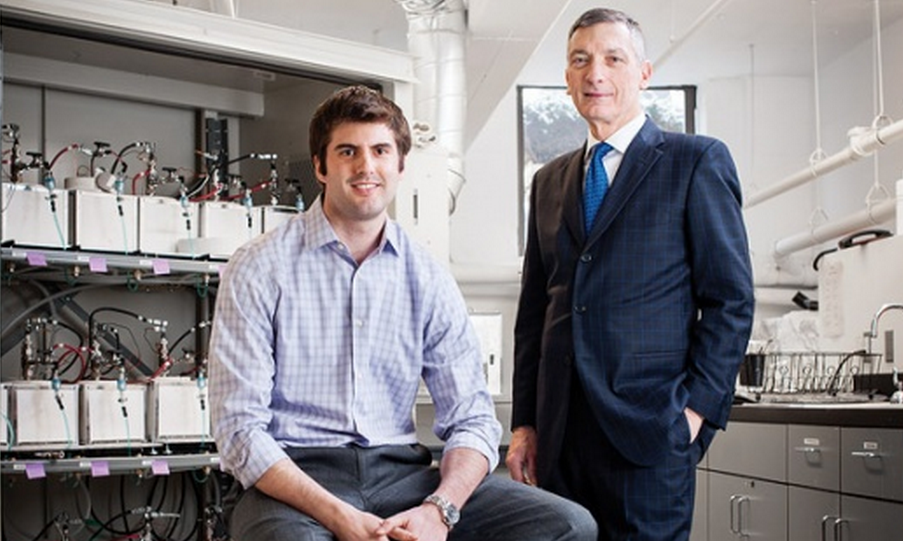 An up and coming US energy storage company could give Tesla a run for its money with its soon to be released liquid-metal batteries.

Meet Professor Donald Sadoway, the man behind the Massachusetts-based energy storage company Ambri, and the co-inventor of liquid metal batteries, who announced his technology nearly three years ago with this TED Talk in the US.

Sadoway, and co-inventor David Bradwell are responsible for the development of this technology, which they say will have a lifespan of over 300 years, and the ability to retain more than 99 per cent of its initial capacity even after 10 years of daily discharge.

In January, Sadoway (currently based at MIT in the US) spoke in Canberra regarding the ACT’s legislated goal of reaching 90% renewable energy generation by 2020. In Sadoway’s address, he announced the potential for Ambri’s batteries to provide commercial energy storage to meet this goal in the next five years. He was also looking to Australia to be the home of the company’s pilot manufacturing plant. 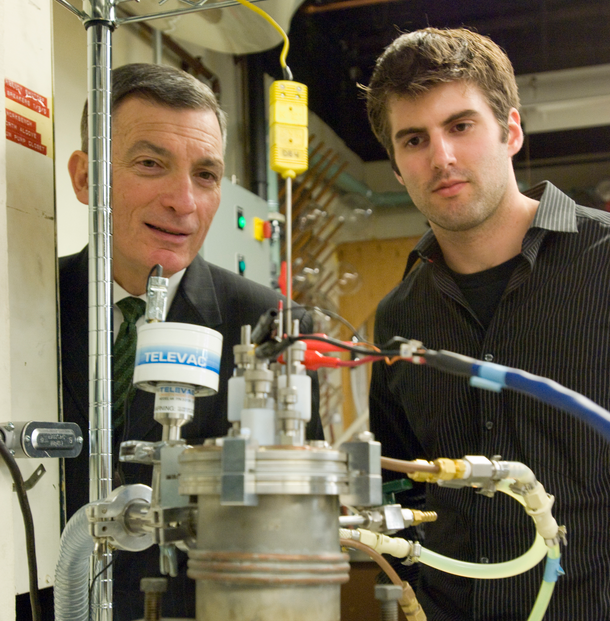 Ambri’s initial commercial tests will begin at numerous US sites in late 2015 and early 2016, meaning that its products will be entering the same market that Tesla is exploding into, and the market that currently houses other large brands like GE, Samsung, LG and AES Corp.

Comparing an up and coming  brand like Ambri to a clean energy giant like Tesla is somewhat difficult, given that Tesla are releasing wall mountable PowerWall domestic units in addition to their PowerPack commercial units, where as Ambri is only focused on commercial application. Still there are things to consider on both sides, and Ambri does have some advantages.

Tesla has the ability to mass produce batteries, and when its  Gigafactory comes online in about 12 – 18 months, it will be able to drive down costs even further. With more units on shelves across the US, brand awareness will skyrocket and it will be difficult to compete. Also, I mean come on – Tesla batteries have style!

Tesla Powerwall powering a Tesla electric vehicle. So, so shiny.

Hinds’ projections put Ambri’s batteries at approximately $500 per kilowatt-hour, which is essentially what Tesla announced late last week. Traditionally soaring costs have been the issue with energy storage, but if Ambri is able to project similar costs with different technology and without Tesla’s mass-production advantages, they have the potential to drive costs down even further once they begin production at some scale. Ambri’s Liquid-metal battery. Soon to be a reality in the US and Australia.

Sure Tesla might currently have the edge on mass production and stylish yet affordable battery units, but it will certainly be a while before they are able to efficiently tap into the Australian market. If Ambri can get build a manufacturing base and its products in our local market before the opening of the Nevada Gigafactory in the US, it might be able to establish key partnerships with renewable energy providers before the US behemoth is able to gain a strong foothold in our local market.

Additionally, Tesla has yet to divulge the life, efficiency, and composition of its batteries, which means that Ambri might be able to use its long life and high efficiency strengths as defining competitive advantages.

It’s only fair that if the shiny juggernaut that is Tesla lands on our shores, it has some healthy home-grown competition to contend with. Yes Ambri is a foreign company, but it’s manufacturing base and local research relationships with our universities will mean a more robust economy, more local jobs, and downward pressure on Australia’s carbon emissions trajectory. Oh and the steak knives – don’t forget the free steak knives.