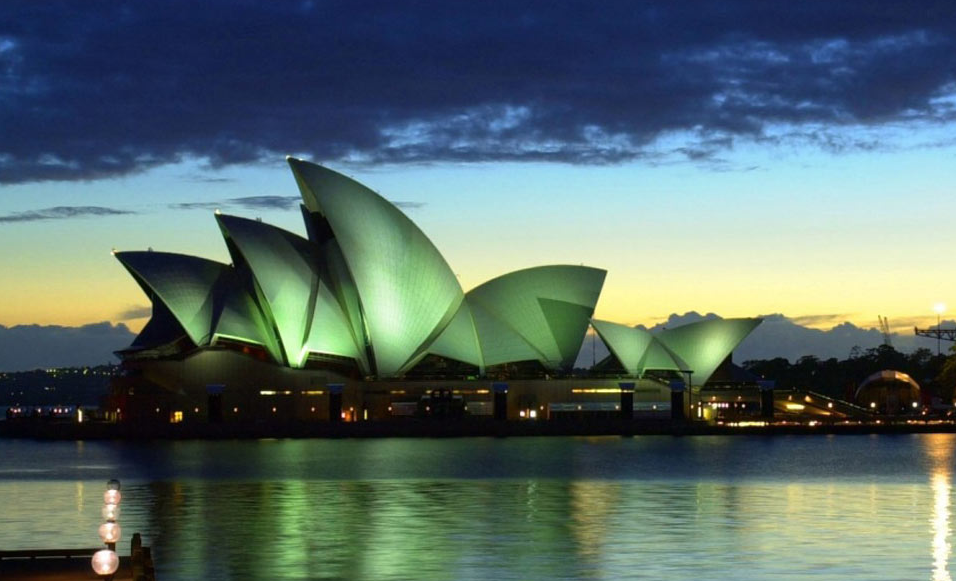 As a part of the annual event exploring light, music and ideas in 13 precincts around Sydney Harbour, the Sydney Opera House announced that its sails would be lit green at night to highlight the following environmental initiatives: 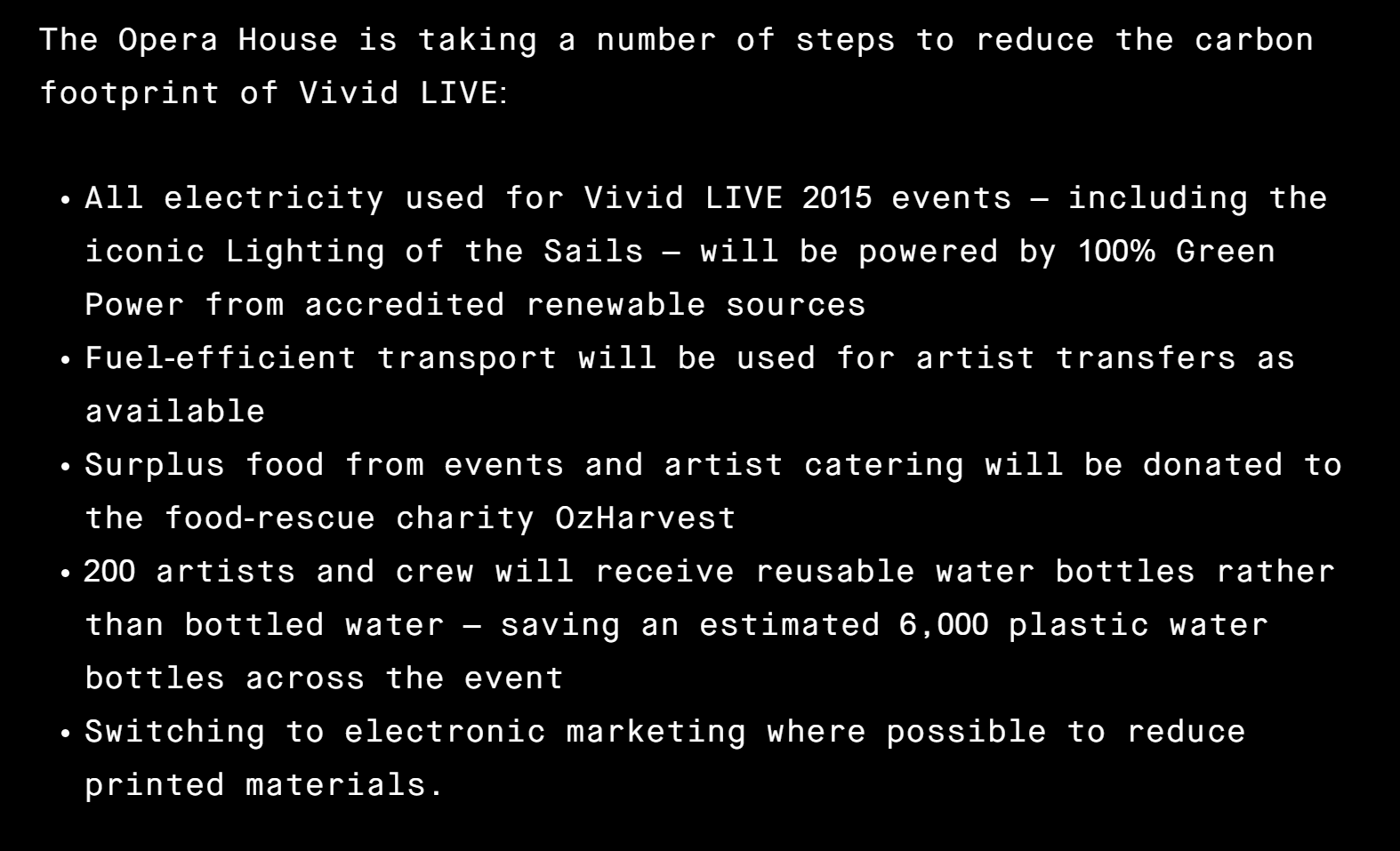 In its full statement, the Opera House also noted that it would also be tracking and offsetting all additional carbon emissions, including artist and performer transport and flights, accommodation, catering waste and paper usage.

The Opera House expects to eliminate and offset a total of 1000 tonnes of carbon emissions – the equivalent to the annual average carbon output of roughly 92 Australian households. A staggering reduction and carbon saving, from an arts organisation and venue that would often be overlooked in the carbon emissions debate. Further afield, the entertainment industry is known as a hefty emitter. The Hollywood film industry for instance, was catalogued in a University of Calfornia study as one of highest carbon emission intensive industries in the Los Angeles and greater California region, coming in second only to the oil & gas production and refinery industry. 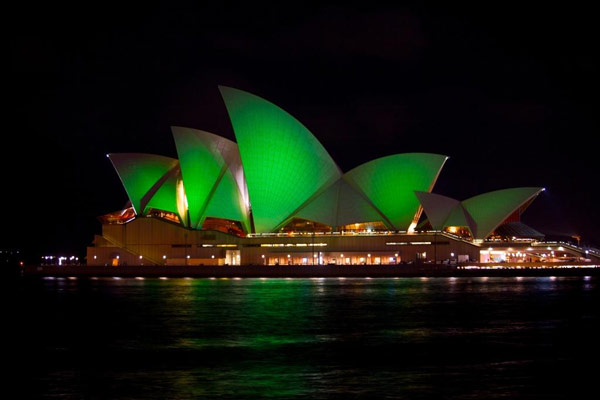 The Sydney Opera House has been lit green on other occasions, namely for St Patricks Day and also for Earth Hour, to highlight the organisation’s commitment to energy and resource efficiency.

The VividSydney Festival will continue to captivate international audiences from 22nd May to 8th June 2015 across 13 throughout the iconic Sydney Harbour waterfront, and its energy intensive program will be running on 100% fully accredited renewable energy.