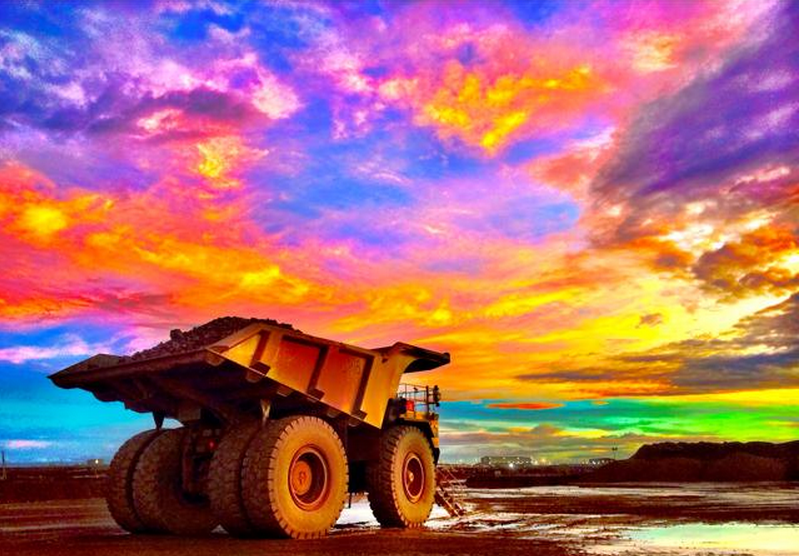 The 270 kilometre pipeline links the Solomon project with the Dampier Bunbury Pipeline, a 1539km natural gas pipeline spanning WA and acting as a major energy source for domestic and industrial customers across the state. The $183 million pipeline sends gas to the Karratha gas compressor facility, which then transmits the fuel to Fortescue Metals Group’s Solomon Hub, in WA’s north-west, near Tom Price. The Hub comprises the Firetail and Kings iron ore mines, shipping 60mtpa through its related port facilities. 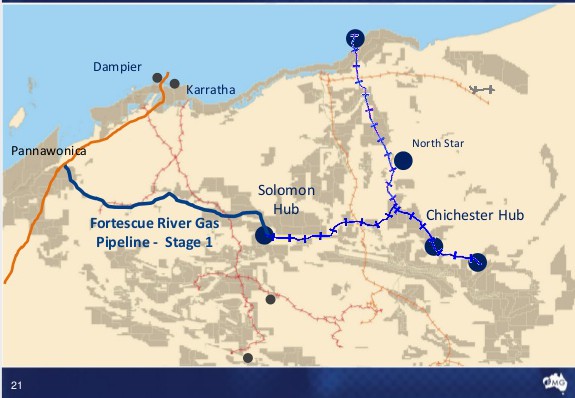 Map of FMG’s operations and the Fortescue River Pipeline connecting the DBP with Solomon.

Chief Financial Officer Stephen Pearce made the announcement yesterday in Perth. “The development of the pipeline is a great example of how Fortescue is driving operational efficiencies and long-term sustainable cost reductions to ensure the business remains competitive in any iron ore price scenario” he said.

The aptly names Fortescue River Pipeline will deliver over $20 million in savings annually and reduce diesel fuel consumption by approximately 80 million litres a year. FMG reported 1,853,478 tonnes of GHG emissions for the 2013-2014 period, a 29% increase on previous years. The Solomon project represents 38.7% of total iron ore output across the group, and even this one small change on one project will cut the group’s total GHG emissions by 3.2%.

Fortescue Metals Group now joins the ranks of other miners like Sandfire Resources which announced in February that it would build a 6MW solar array to power an off-grid copper mine 900kms north-east of Perth; and Sibanye Gold, who announced a week later they would build a 150MW solar plant to provide energy to their South African operations (although they also announced approval of coal fired energy to increase energy independence). A trend to keep an eye on, and one that will surely see a domino effect in the years to come!