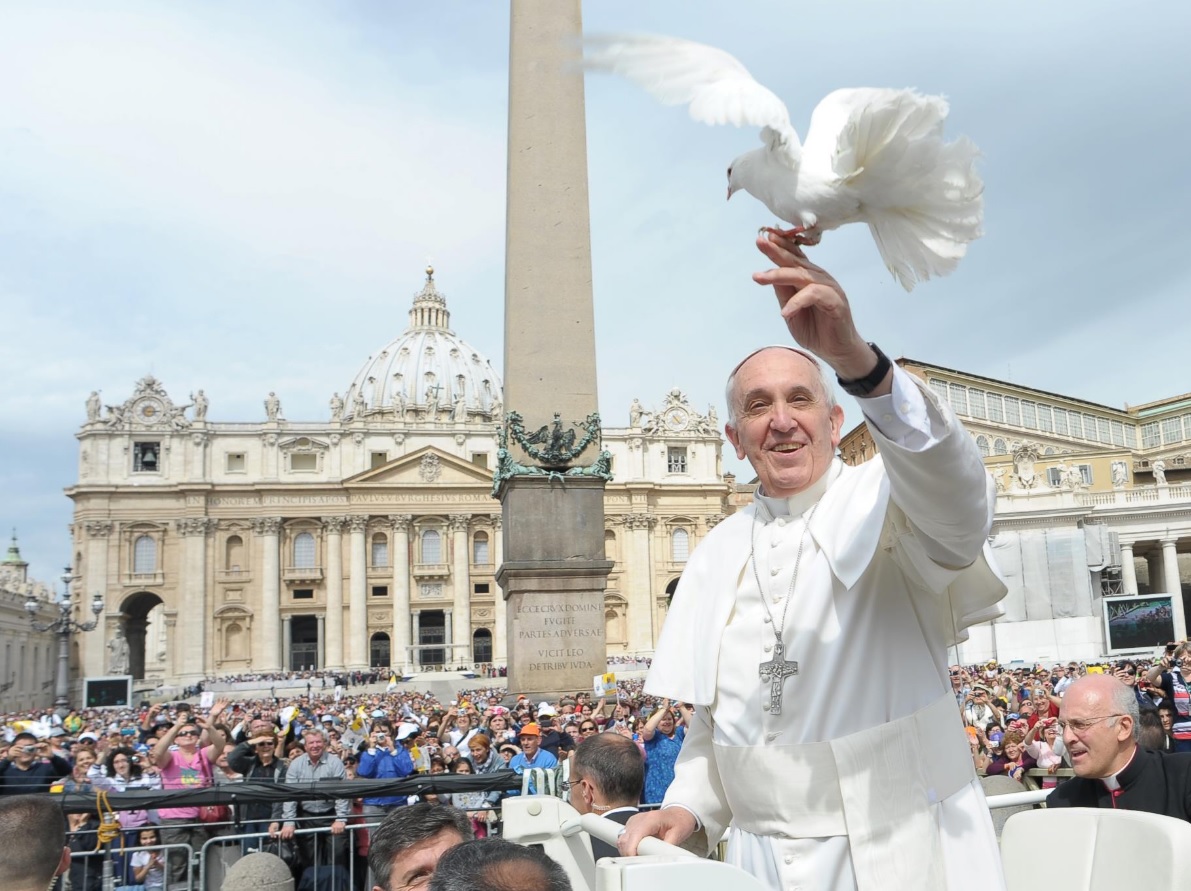 Yesterday, after nearly half a century, Pope Francis officially changed the Catholic Church’s position on climate change. Here’s why it’s a big deal, and not just for the believers. 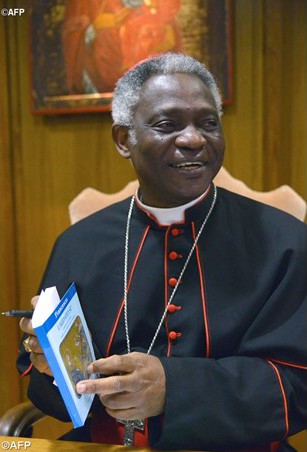 Cardinal Turkson at the Vatican yesterday

At a press conference in the Vatican City yesterday, the Pope’s second Encyclical was announced by Cardinal Peter Turkson, president of the Pontifical Council “Justice and Peace”. Encyclicals are essentially policy documents delivered to the clergy and congregation, shaping the Church’s doctrine and dogma for the coming years. They are rarely issued though; apart from some rather over-zealous Popes in the 17th Century, most average only a few during their reign.

Pope Francis’s second great letter to the masses, entitled Laudato Si after St Francis of Asissi, was surprisingly announced as a ‘dialogue with all people about our common home’; for the first time in recent history the Pope is not just speaking to the catholic congregation – he’s addressing all of humanity. It follows on from Pope Paul VI’s 1971 apostolic letter addressing 11 new social problems facing the church, which included the environment.

You can read the full text of the Laudato Si encyclical here, but the salient points are below (still it’s worth reading the Encyclical):

So you get the idea. It’s a pretty strong position for a faith based organisation to take, and the ripple effects will be felt for years to come. 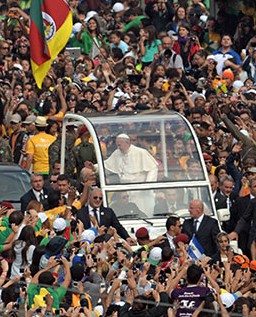 At present there are approximately 1.2 billion Catholics around the world. According to Vatican figures, around 40% live in Latin America, although African nations have seen the strongest growth rates in recent years. Whilst not the human majority, it accounts for 17% of our global population (assuming a 7 billion population figure), which when you look at the catholic diaspora outside of Rome, correlates strongly to western seats of power. A large number of business leaders and politicians across Europe, the US, Canada and Australia subscribe to the Catholic faith, including our own Prime Minister, Tony Abbott. So you can see how a change in doctrine would have huge influence not just in homes and churches, but in parliaments and boardrooms as well.

Matters of the Heart

The Laudato Si really is an astounding document. It takes the extremely scientific and politically charged issue of climate change and speaks to it from a spiritual and social perspective. It is well researched; presents logical, well structured arguments; and doesn’t come across as preachy or authoritative. It is an honest and heartfelt plea from one of the world’s great cultural leaders for humanity to change the course of its own history. 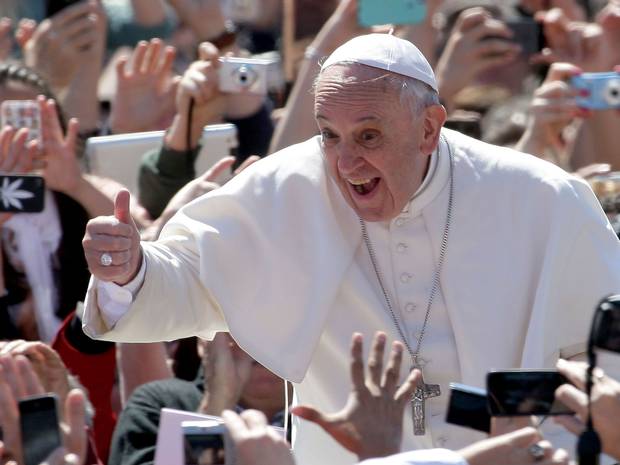 Rather than trying to compile its own scientific data, the Encyclical specifically states that ‘no science nor form of wisdom can be left out’, encouraging all people to engage with science to fully understand the physical dangers of our degraded environment. It also notes that science and religion “with their distinctive approaches to understanding reality, can enter into an intense dialogue fruitful for both”. It doesn’t try to convince the secular population of religious matters, it asks men and women of faith to work with, and trust in the wisdom of their secular brothers.

Science vs Religion, and all that follows

As you would expect, the document discusses the issue of climate change from a biblical and ecumenical point of view. It notes initially that Catholic teachings entrust humanity as ‘custodians of God’s creation’, so we are thusly responsible for both its downfall and its salvation. More broadly however the themes of this piece transcend ecumenical boundaries, taking on the feel of deeper esoteric wisdom. The Pope states that it is through humanity’s pursuit of individual material wealth and happiness (rather the pursuit of collective benefits) that humans have devastated the planet. He explains that humanity’s impact on pollution, climate change, issues of water and loss of biodiversity is a direct result of our ‘throwaway culture’.

Pope Francis also touches on economic disparity, describing that “both everyday experience and scientific research show that the gravest effects of all attacks on the environment are suffered by the poorest”. He cites food security, increased health risks and mortality rates as some of the effects of humanity’s quest for capital, but states that the change must accompany a deep social transformation away from the individual and towards the common good. A particularly poignant excerpt in the Encyclical frames this well:

Finally the Laudato Si appeals to the reader’s humanity. Whether religious or secular, his most poignant plea begs us to think about those that will follow. Cardinal Turkson summarised it quite aptly in his introduction yesterday, “By destroying the ecology, we bequeath to the future generations a world beyond repair…between nature and ourselves there is a organic unity and common fate and this call to unity must lead to a conversion of our hearts and lifestyles to respect and honour the world around us”.

A Crisis of Faith

The lead up to this announcement, and the leak of a draft document earlier in the week has lead to a public uproar from many politicians who have used the constructs of their faith to justify their actions. With this proclamation from the highest levels, we have seen anger from supposedly ‘devout’ Catholics in the US, in particular from right wing republicans whose dismissal of climate change concerns have been loud and vehement. “I think it’s easy for Republicans to dismiss Greenpeace and other people who they see as tree-hugging leftists” notes John Gehring, the leader of Washington DC religious advocacy group Faith in Public Life, “It’s much harder for them to brush off one of the greatest moral leaders of the world”.

Republican Presidential Candidate Jeb Bush, from Florida, noted earlier in the week that “I don’t get economic policy from my bishops or my cardinals or my pope…I think religion ought to be about making us better as people and less about things that end up getting in the political realm”. A difficult and hypocritical sell from someone whose views on same sex marriage, abortion and social justice have been deeply ‘led’ by his faith. 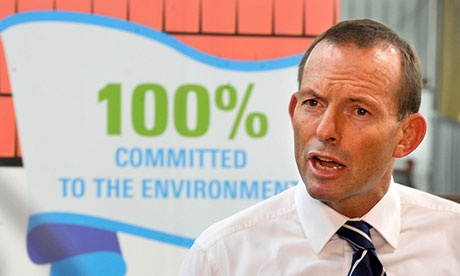 Others like US Senator Rick Santorum and indeed our own Tony Abbott fall into this category, although Abbott is yet to officially respond to his Pope’s address. “Tony Abbott is a man of faith and I would expect the Pope’s statement to have a bigger impact on him than me, or perhaps scientists, telling him about climate change”, said Kelly O’Shanassy, CEO of the Australian Conservation Foundation yesterday. “There are a number of religious people in cabinet. I do hope they listen to what the Pope is saying, which is based on science and the common good”. Last year Pope Francis wrote to the Australian Prime Minister ahead of the G20, encouraging him to focus on the ‘vital’ issue of climate change, so perhaps this time around the 200 page Laudato Si will have some deeper significance.

The Quest for the Holy Grail

There is no question that Laudato Si has immense cultural significance, and it will have a real impact on how millions of Catholics (and others) face the world. It will have less impact on the science of climate change than other sources, but it will add an undercurrent of change in the hearts and minds of everyday people around the world. From reading the Laudato Si, it seems that for Pope Francis, transformative social and environmental change is the true Holy Grail. He is right in saying that such a grave environmental matter cannot be dealt with in a vacuum; it will take a real evolution of our collective social consciousness to make a difference.

Whilst it is most likely that fossil fuel resources will continue to supply the majority of the world with energy in the near future, current trends suggest growth of a global push towards repairing environmental damage through sustainable tech development. Additionally there will continue to be a focus on transitioning to a lower carbon emission economy; making non-renewable resource capture cleaner; and assisting developing economies mitigate health pollution and education problems before they become irreversible.

The late, great Vince Lombardi once said that “battles are primarily won in the hearts of men”. Across the religious and secular divide of humanity, this plea from Pope Francis has form the cultural foundations of a way forward for our planet. It is up to humanity as a whole to build upon these foundations and work to cross its span – synchronised in heart, mind and footstep.