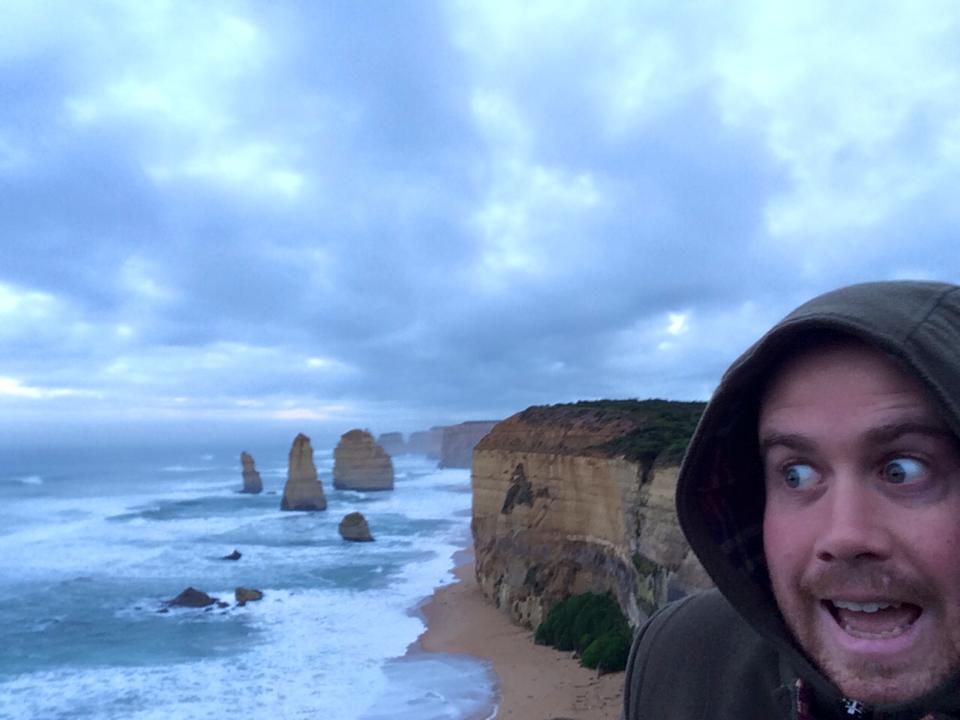 Although renewable energy is getting beaten up in parliament, it’s good to know the Aussie outback is alive & green with clean energy.

A week ago SustainingPeople left on an epic adventure across Australia to discover how energy is really used across this expansive continent. We travelled nearly 4,000 kilometres from Perth on the west coast to Melbourne in the east, exploring regional hubs, remote towns and desert outposts. The most amazing discovery however was this unexpected truth: above the vast ranges and humbling plains of this timeless landscape, solar and wind energy is flourishing in abundance.

We set out from Perth, reaching Norseman on the edge of the Nullarbor as dusk rolled in. Along the way we passed through (amongst others) Northam, Kellerberrin, Merredin, Southern Cross and Coolgardie – small towns nestled amidst the rolling hills of the Wheatbelt, and then the drier, flatter bushland of the Goldfields. We saw an overwhelming number of small solar generators used to power groundwater pumps, and even some lighting and security systems at the entrance to some properties. Stand alone emergency solar telephones dotted the roadways, and indeed did so all the way to Victoria. 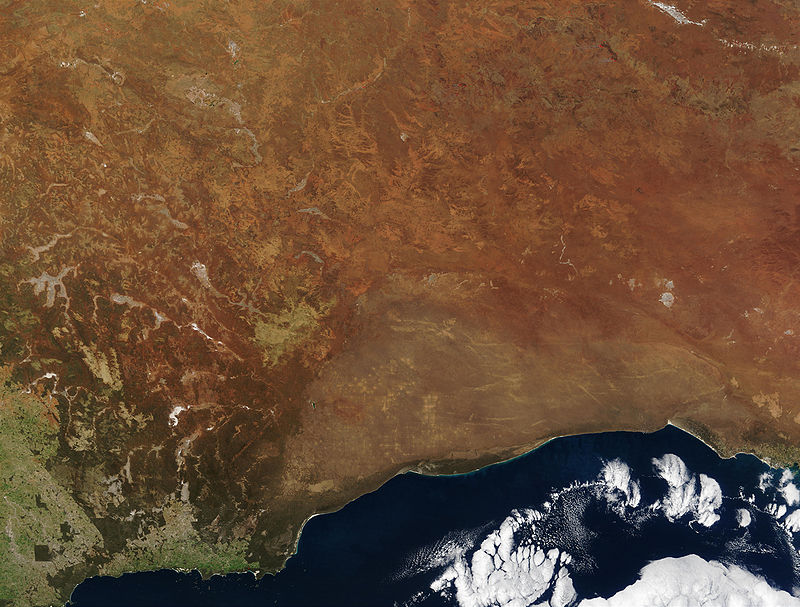 This vast plain is located on the Great Australian Bight with the Great Victoria Desert to its north.

The second leg of our adventure was spectacular and perhaps the most surprising. The Nullarbor Plain stretches across 1100 kilometres from Norseman to Ceduna in South Australia, covering nearly 200,000 square kilometres of flat scrubland. It is home to the 90 Mile Straight (Australia’s longest straight stretch of road) and is almost perfectly flat. Oh and it’s also visible from space.

During the two days it took to navigate the plateau, we were struck by the untapped potential of such a wide open plain that experienced unending sunshine and gale force winds off the Southern Ocean. With similar weather conditions experienced across much of Australia’s interior, it is a wonder that no private or public enterprise has taken advantage of it – as many organisations have done elsewhere around the world. Some claim that transmission lines to remote sites are too costly, but the Topaz Solar Array in California and Spain’s Andasol Solar Farm show it can be done cost-effectively.

We spent our night on the Nullarbor at Eucla, a remote outpost near the WA/SA border for the purpose of resting weary heads and refuelling. It was fantastic to see that the majority of Eucla’s energy was provided by solar generators and many of the small dwellings had wind turbines to power some devices and draw up groundwater. 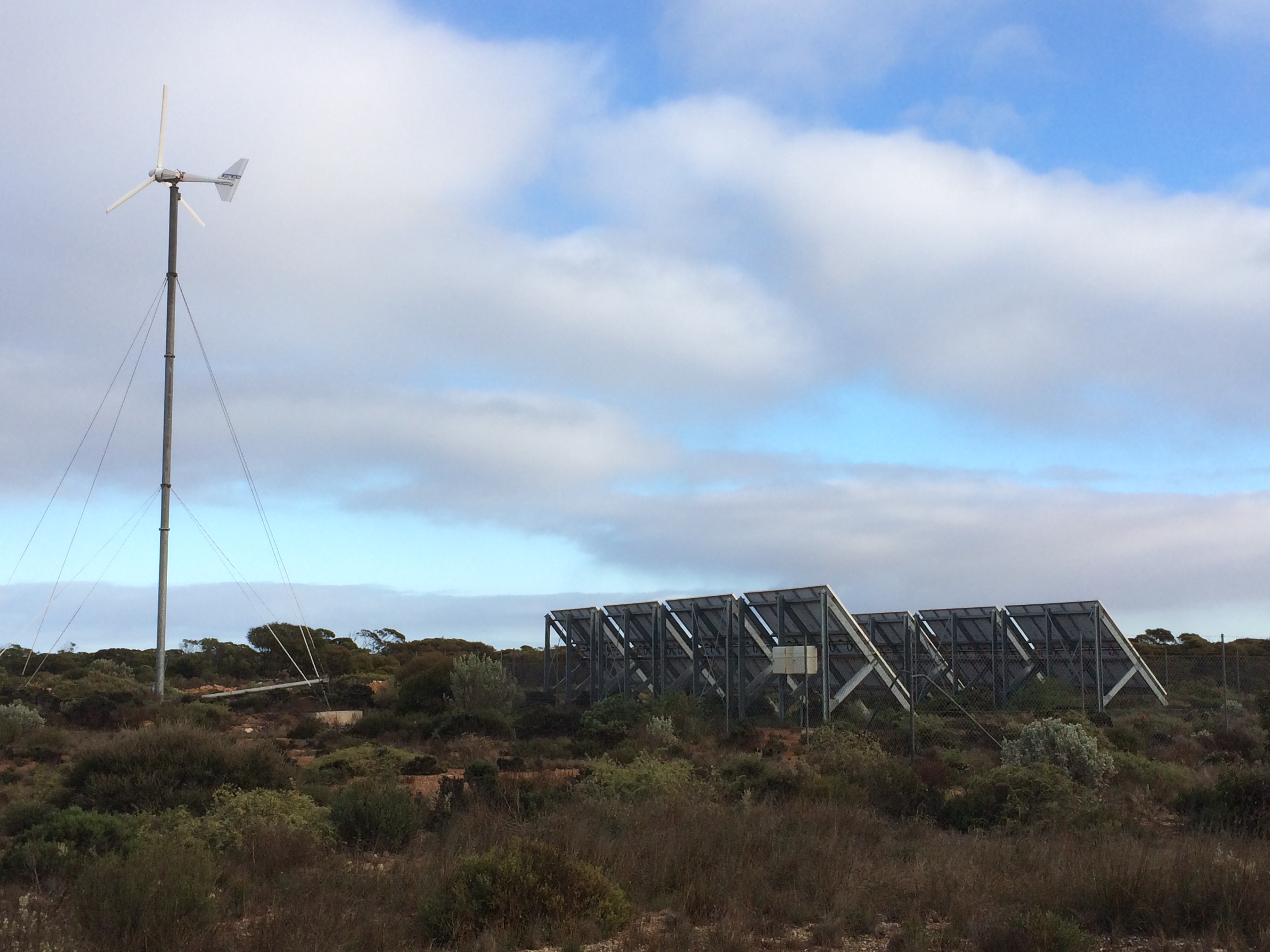 Solar/wind arrays like this one at Eucla can be found dotted along the landscape from Norseman to Ceduna.

More surprising though were the solar and wind powered radio towers that soared up out of the plains every 10 to 15 kilometres or so. Even out here on the remote treeless plains, we saw clean green energy encouraging life to flourish. Just like the mysterious and timeless Nullarbor, these setups were simple, efficient and truly amazing.

After sampling freshly caught oysters at Ceduna we travelled inland to Port Augusta and then down to Adelaide. This journey was just as spectacular because it really cemented South Australia as the wind energy capital of Australia. SA’s proximity to the Roaring Forties and strong state government incentives (including a supportive regulatory regime and large-scale renewable project tax concessions) enable the state to draw a huge amount of energy from renewable sources. Last year wind farms produced up to 48% of the state’s electricity. Phenomenal. 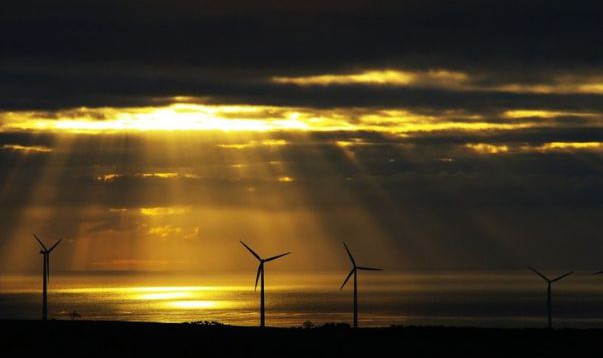 We soon passed through Snowtown and were in awe of the magnificent array of 47 Suzlon S88 turbines facing the howling winds off the Southern Ocean. Offensive and noisy? Sorry Mr Abbott but they really weren’t.They were aesthetically pleasing – sleek and simply elegant. Their silhouettes cartwheeled joyfully against the fading sunset – mighty sentinels along the Barunga and Hummocks Ranges standing guard against violent coastal winds. Truly a stunning sight to behold.

Driving through the suburbs of northern Adelaide, and into the verdant green ranges to the south we came across a surprising number of roof solar systems. Nearly every house was adorned with the glittering solar PV panels. Again, thanks to South Australia’s incentives schemes and renewable energy targets, the scalable solar uptake has been huge. Subsequently huge electricity transmission towers were absent from the landscape around these communities – they were simple and peaceful. This jarred with our earlier view from Port Augusta, which was marred by the bellowing towers and wire jungle of Alinta Energy’s Northern / Plyford Power Stations. Thankfully Alinta has recently announced its intention to close the plants and the nearby Leigh Creek Coal Mine by March 2018 at the latest.

Crossing into Victoria we came across the awe inspiring Twelve Apostles and took the spectacular drive along the Great Ocean Road. This final voyage to Melbourne was made all the more exciting by (again) the number of rooftop solar panels making appearances in the small towns and hamlets scattered along the highway.

It was encouraging to see a significant amount of houses in these towns were made of natural materials; reclaimed timber and good use of natural lighting enabled these houses to blend into the myriad forested hills that plunged dramatically into the Tasman Sea.

Finally the drive from Geelong along the M1 highway to Melbourne showed us how solar energy is spreading across Victoria. Solar panels were dotted about, but it was the aggressive and hilarious marketing of Origin Energy’s “Don’t waste your roof” campaign on billboards, radio and TV that really hit home.

So we rolled into Melbourne after crossing a continent, three states,  and magnificent monuments weary and bleary, but truly optimistic about the true state of renewable energy across this great land. Certainly there is a huge amount of unlocked potential to be explored, but we found that away from the politics and the spotlight, clean energy has a rightful place in the Australian community and in our cultural identity. We saw it incorporated into the daily lives of these communities as a sensible and efficient alternative to fossil fuels. We saw it sustain outback homes, and help generations of farmers tend to their land where no other energy source would survive.

Looking back on this great journey, it was hard not to compare the solar and wind energy sources to the hardy folks that inhabit our regional and remote Aussie communities: indomitable and quietly persistent – and you can be sure as hell they’re not going anywhere, anytime soon.